Nearly everyday I drive past the Minto homestead on Deep Lake Road in Antioch Township. I have spent years researching and acquainting myself with this historic family of Scottish immigrants through the letters, diaries and objects preserved by the Bess Bower Dunn Museum of Lake County (formerly Lake County Discovery Museum). 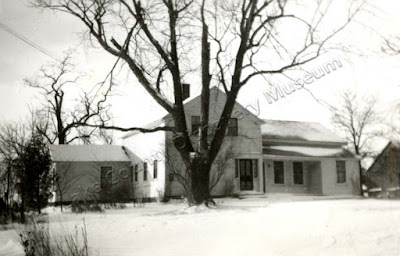 The Minto home on Deep Lake Road with original 1857 house (center two-story structure)
and additions. (BBDM 93.45.44).
The Minto family were some of the earliest Scottish settlers to Lake County, Illinois.
In the spring of 1840, David Minto, Jane Johnstone Minto, their sons William, John and Robert, and Jane's sister Margaret Johnstone, left Scotland for the United States. They sailed out of Liverpool, England on the ship Fairfield, arriving in New York on May 16th.

David Minto and family, including Margaret Johnstone, on Fairfield's manifest.
Note the signature of the ship's master William L. Lyons at bottom right.
(Ancestry.com New York, Passenger Lists, 1820-1957, "David Minto," [database on-line])
The family lived for three years in a Quaker settlement in Canandaigua, New York, where son, David J. Minto was born in 1841. That same year, cousin George White of Annan, Scotland joined them, and in September married Margaret.
In the spring of 1843, the Mintos headed west. (George and Margaret would remain in New York an additional year). The Mintos traveled via the Great Lakes, landing at Southport (now Kenosha), and continuing to Lake County, Illinois by ox cart. There, David Minto purchased land east of Loon Lake along today's Deep Lake Road in Antioch Township.
The land was heavily forested, affording David plenty of timber to build a log house and barn. These structures were built on the west side of Deep Lake Road, north of Grass Lake Road. David and Jane's daughter, Jannet, was born in this log house in 1844. 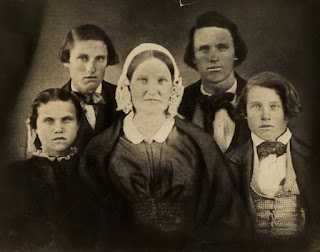 Jane Johnstone Minto with her children, Robert, William, Jannet and David,
circa 1855 (BBDM 93.45.75).
On March 31, 1844, cousin Andrew White (also living near Loon Lake) wrote to his brother George White (still in New York), and mentioned "David Minto has been rather poorly, but is better again."
David's health did not improve, and just six years after settling in Lake County, David Minto died on March 17, 1849, aged 45. He left a widow and five children (the oldest being twelve).
With her sister and cousins living nearby, Jane was supported in this tragic loss. 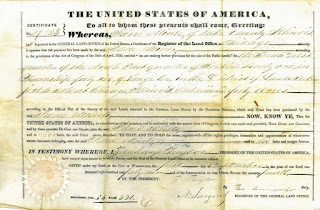 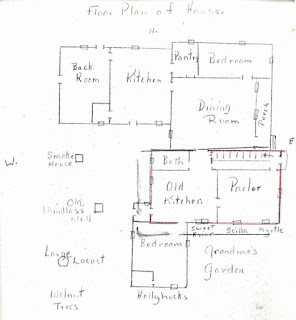 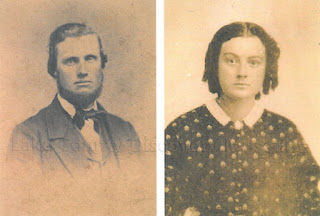 David Minto and Susie Smith were married on May 20, 1869,
and lived in the Minto home. (BBDM 93.45.52 and Private Collection).
The first addition was made for the newlyweds by taking part of another home from the neighborhood and adding it to the north side of the house (Dining room, Bedroom, Kitchen and Back Room as shown on floor plan).
In 1905, when David and Susie's son, David Harold Minto (known as Harold) married Mildred Holloway, a bedroom was added on the south side of the house.
Eventually, Harold and Mildred lived in the north half of the house, while David and Susie, their daughter Una Jean, and Hannah Smith (Susie's sister) lived in the south portion of the home.
David J. and son were partners in the family farm. They raised sheep, purebred Shorthorn cattle and Clydesdale horses. 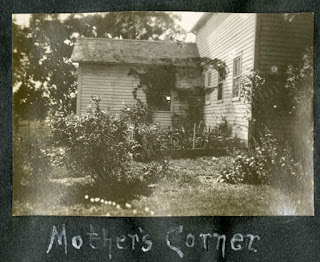 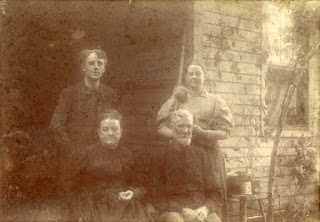 Minto family pictured at their home in 1898. Seated: Susie and David,
standing Harold and Una Jean and kittens. (BBDM 93.45.91).
Susie Minto died in 1914 and David in 1915. In 1920, Una Jean left to become a missionary in Angola, West Africa.
David Harold and his daughter Ruth were the last Mintos to live in the home. Harold died in 1963, and the old home was vacated, and property sold.
Sadly, in the early morning hours of Friday, March 4, 2016, the Minto home (undergoing renovations, but unoccupied) was destroyed by fire. I was heartbroken when I drove past that morning to find the ashes of the Mintos' home. 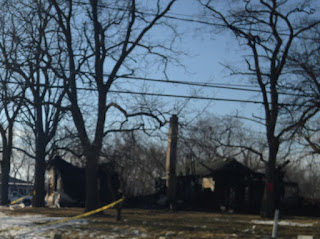 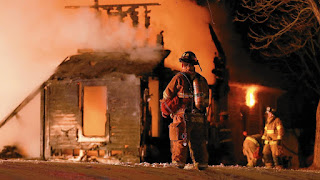 View of the Minto home fire in the early morning of March 4, 2016. Antioch and Lake Villa Fire Departments responded. Photo credit Joe Shuman for Lake County News-Sun.
The Minto family lived on the property for 120 years from 1843 to 1963. It was remarkable that the 1857 home remained intact for so many years after the family's departure.
Thankfully, the stories of this Scottish-American family will continue to be told, because of the foresight of David and Susie's granddaughters, Ruth Minto, Katherine Vida Minto, and Lura Jean Minto Johaningsmeier, who donated the family's personal belongings to the Lake County Discovery Museum (now known as Bess Bower Dunn Museum of Lake County).
For more on this family, check out my previous post Susie Smith's Romance with Richard Thain and the Illinois Digital Archives where the Bess Bower Dunn Museum's photos and letters from the Minto Family Papers are hosted.
Posted by Diana Dretske at 9:33 AM 2 comments: