In the early winter of 1834, citizens of the village Hannibal, New York were stirring about the prospect of moving west.

James Bacon, who was just a toddler, did not understand the great fuss of the "western enthusiasts" who included his uncle Hudson Bacon.

By February 1835, a small group of men, including Hudson Bacon, and led by John Bullen, Jr., formed an investment company—the Western Emigration Company. The goal was to establish a "colony" in which its members would aid one another and "mutually share profits and losses in the enterprise."

This was the start of James Bacon's noteworthy and tragic life.

The settlers sent a small group ahead to explore sites. In June 1835, a claim was made on the north side of Pike Creek in today's Kenosha, Wisconsin.

About fifteen families from Hannibal and Troy, New York arrived in the new settlement via the Erie Canal and Great Lakes. Among the settlers was five-year old James Bacon and his father, Peter Bacon, mother Clarinda Trowbridge Bacon, and sister Jane.

The Bacon family were one of the first settlers in Kenosha, Wisconsin. They witnessed the great surge of emigration to Kenosha and Lake Counties in the 1830s and 1840s. Ships arrived daily with passengers both American and foreign born. Like the vast majority of settlers, the Bacon family took up farming.

In late 1850, twenty-year old James Bacon purchased property in Lake County, Illinois, striking out on his own as a farmer. 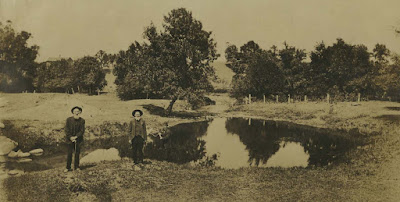 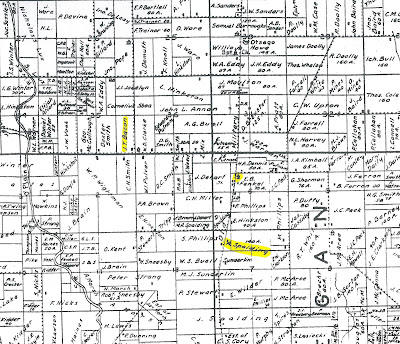 The first tragedy in James's life occurred on April 15, 1858, when Fanny died. She was only twenty-seven. Her ornate tombstone at Union Cemetery is a living witness to James's grief. After his wife's untimely death, James continued to farm the Newport Township property, but also spent time with his family in Kenosha.

By the fall of 1863, James had re-married. He and his new wife, Maria C., made their home in the same house he had shared with Fanny.

The Civil War was raging, but James did not enlist until January 14, 1864. Nathaniel Vose of Newport Township recruited him into Company I of the 17th Illinois Cavalry.

While he was away at war, James's mother died, and his health began to decline. On May 31, 1865, he mustered out of military service due to illness.

There was one bright spot the summer he returned home—his wife gave birth to a baby boy, Elliott Parker Bacon, born July 8.

James's happiness again was interrupted when his wife Maria died on January 16, 1872. She was buried at the Spaulding Corner Cemetery (today's Union Cemetery), on Grand Avenue in Waukegan. 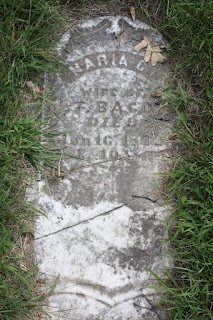 Following Maria's death, James made his way to Indiana where his father was living. There he met the widow, Mary Pugh Freligh (1839 - 1917).

James married Mary in 1875, and the couple returned to Lake County with James's son Elliott, and Mary's children, Hattie and Charles. The family settled in Wadsworth, and a son, Joseph Blaine Bacon, was born on August 28, 1877.

Five years later, James and Maria sold their property and moved the family to Thayer County, Nebraska. James continued in farming, but appeared to suffer greatly from "paralysis contracted" since his military service.

The last ten years of James's life were difficult as he struggled with poor health.

In 1886, James was considered an "invalid" (probably due to the paralysis) and admitted to the Western Branch of the National Home for Disabled Volunteer Soldiers in Leavenworth, Kansas.

Soldiers' homes were established to care for the great number of Civil War veterans, who had returned from the war missing an arm or leg, or suffering from wounds that would not heal, or post traumatic stress disorder (which was entirely misunderstood). These homes were a great relief to families who could no longer care for their veteran.

In 1888, James was transferred to the Northwestern Branch of the National Home for Disabled Volunteer Soldiers in Milwaukee, Wisconsin (now the Clement J. Zablocki VA Medical Center). It is unclear how long James remained at this facility. 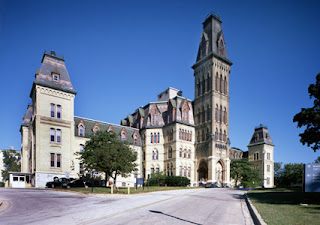 Historic buildings of the former Northwestern Branch of the National Home for Disabled Soldiers in Milwaukee, Wisconsin where James T. Bacon lived. (Photo by James Rosenthal from the nps.gov website)

James Bacon's deteriorating health became public knowledge when on May 31, 1895, the Lake County Clerk issued a "command" to the County Sheriff George H. Brown to "summon James T. Bacon if he shall be found in your County," to appear before the court.

Mary Bacon filed an application for the appointment of a conservator for the care and management of her husband's real and personal property. 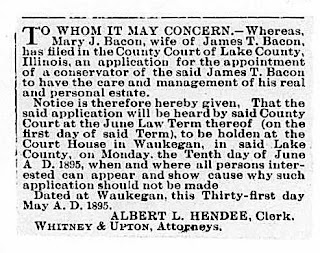 James Bacon appeared in court in Waukegan on June 15, 1895. His attorney made the following statement: "James T. Bacon... is of sound mind and fully able, fit and competent to properly manage and control his properties."

The court determined that Bacon was a "distracted person." This terminology was commonly used to describe mental illness. Charles A. Partridge was appointed as Bacon's principal conservator. Partridge was also a Civil War veteran, having served with the 96th Illinois.

James returned to the soldier's home in Milwaukee where he died on December 22, 1895. The cause of death was meningoencephalitis, a condition caused by a virus, bacteria or parasite.

James Bacon was buried at the Spaulding Corner Cemetery with his first two wives, Fanny and Maria.

Mary J. Bacon died in Waukegan in 1917 and was buried in Indiana. 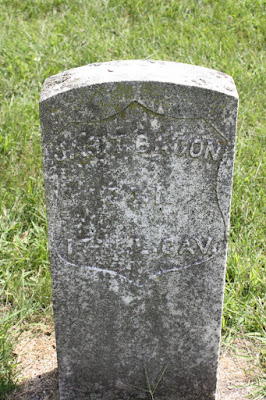 James T. Bacon's gravemarker at Union Cemetery, Waukegan, Illinois with recognition
of his service in the 17th Illinois Cavalry.  FindAGrave.com


Special thanks to Ann Darrow, Waukegan Historical Society, for her Bacon Family genealogy, and Al Westerman for land purchase research.

Posted by Diana Dretske at 4:04 PM No comments: