Dr. Eugene P. King, M.D. (1893-1961), or "Ole Rex" as he was affectionately known, dedicated himself to the communities of Waukegan, North Chicago and Zion through his medical practice, and sponsorship of community gardens and the Rexes and Rexettes athletic teams. 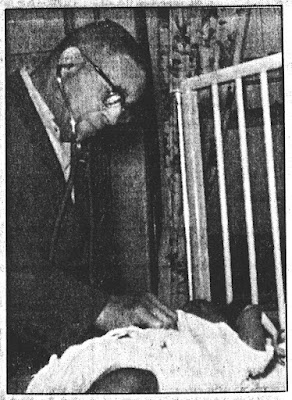 Dr. Eugene P. King with a patient at St. Therese Hospital in Waukegan, circa 1950.
From the archives of the Convent of the Holy Spirit, Northfield, Illinois.

King was born in Louisville, Kentucky in 1893 and raised by his grandmother, Winnie C. Koons (1833 - 1916). At a young age he was adopted by the King family for whom he took his surname.

In early 1917, after the United States officially entered World War I, Eugene P. King was accepted for officers' training at Fort Des Moines, Iowa. As part of an elite group of African American men, he went through technical and physical training and graduated as a lieutenant. The success of King and his comrades laid the groundwork for change, ultimately leading to President Harry Truman's executive order of July 1948 abolishing racial discrimination and segregation in the U.S. Armed Forces.

King served with the American expeditionary forces (AEF) in France under General John J. Pershing (1860-1948). He worked in army intelligence, led units of African Senegalese (French troops), and was wounded while fighting on the Western Front.

Following the war's end in November 1918, it took months for the millions of American soldiers to return home due to arranging ship transport and concerns about the 1918 influenza pandemic that ultimately infected one-third of the world's population and killed an estimated 50 million people. Sadly, while King was still in France his adopted father, W. Nolan King (1865-1919), died of double pneumonia from "Spanish Influenza."

After his honorable discharge in September 1919, King traveled the globe on a tramp steamer. On his return to the United States he attended Rush Medical College in Chicago.

King graduated at the top of his class in 1924, completing the five-year course in three years. Because of his outstanding record, Dr. Frank Billings (1854-1932) personally presented King's certificate of graduation. Dr. Billings had served as Dean of Rush Medical College and president of the American Medical Association. By 1928, King opened a medical practice in Waukegan and wed Vyvien Porres.

His affinity for sports and commitment to community betterment led him to begin a tradition of sports excellence by sponsoring youth teams. All were welcome to play on Dr. King's Rex Athletic teams, and in particular young adults who were barred from playing at local schools because of their race or background. 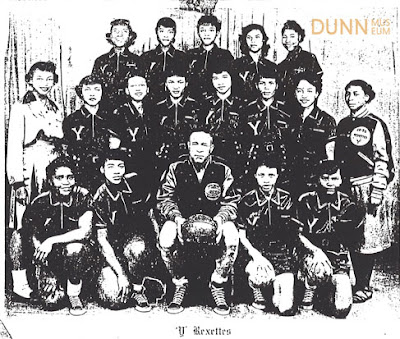 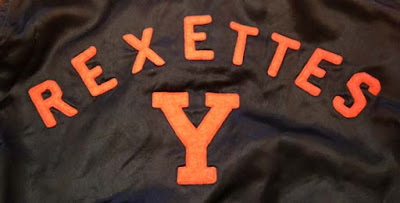 Dr. King purchased distinctive orange and black uniforms for his teams, and wore a jacket emblazoned with "Rex Himself." His teams played throughout the Chicago area and won 50 championships.

His own athletic ability brought him awards and even national recognition. In 1929, he was given a Daily News trophy for "Most Popular" area basketball player, in part for his impressive "one-handed set shots."  In 1954, Sports Illustrated noted him as one of the "oldest active" athletes in the nation. He was 61. 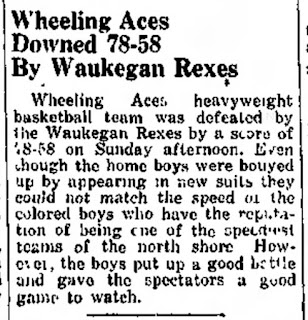 The Rexes had a "reputation of being one of the speediest teams of the north shore."
December 22, 1939, Daily Herald.

King's philanthropic efforts were not limited to the African American community, but anyone in need, including children of Armenian and Italian immigrants. He worked through Barwell Goodfellowship Settlement in Waukegan (founded in 1915 to help the poor and sick), and was known to provide free medical service, clothing and college funds to those in need.

In addition to sponsoring athletic teams and serving as physical education program director at the S. Genesee Street YMCA, King developed community gardens to teach youth about cultivation and hard work. King planted 10,000 tulip bulbs in his personal flower garden at his home on S. Genesee Street, making for spectacular spring blossoms for everyone to enjoy.

In 1971, the Waukegan Park District created the Dr. Eugene P. King Park to honor King's legacy as a "constructive force" in the community. 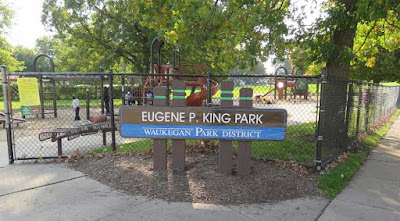 As an anonymous admirer said, Dr. Eugene P. King's "life was one of dedication to humanity, to his community, to his people, and to his profession. Everything he did -- he did for others."