On New Year's Eve 1947, the Zion movie theater opened after the city council amended laws to permit movies. The city's first theater had opened in 1913, but was raided by police and ordered closed by the mayor. 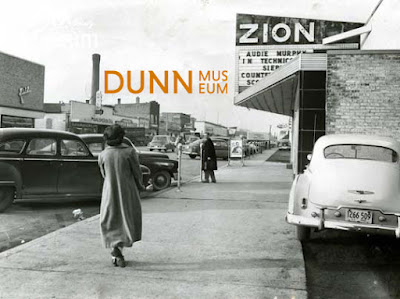 Zion movie theater, March 1951. Chicago Sun-Times photograph. Dunn Museum 2012.10.1
The owners of the new theater quickly began to ruffle feathers by announcing in April 1948 that they would open on Sundays in defiance of the city's "blue laws" forbidding business on Sunday.

Zion's blue laws went into effect with the founding of the city in 1901. Blue laws have been used since Colonial times and originally were directed at prohibiting personal activities such as gambling and the consumption of alcohol. In the 19th century, state and local governments began passing blue laws (based on Christian beliefs of keeping the Sabbath holy) that forbade businesses from operating on Sunday.

The Zion theater owners pointed out that the ordinance was already violated by restaurants and drug stores, and the annual Zion Passion Play, which charged admission, also conducted business on Sunday.

Three of the theater's owners were Lake County board supervisors—Martin B. Ruesch, Edwin Gus Peterson, and Frank L. Davis.

On Sunday, April 11, 1948, the owners of the theater and neighboring bowling alley opened their businesses and were promptly arrested. 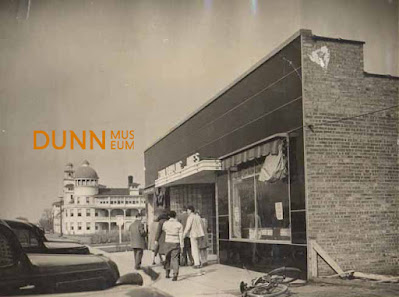 Zion Bowling Lanes with Zion Hotel visible in the distance, circa 1955. Dunn Museum.

Zion's Chief of Police Alven Ruesch, bearing a complaint issued by Mayor Richard Hire, arrested Onnie Bridges (the police chief's brother-in-law) at the theater, and then went down the street to the bowling alley and arrested Otto Lawrence.

The ban on Sunday movies (and other "amusements") was upheld by Judge Ralph Dady of the Circuit Court in Waukegan in August 1948. Following this ruling, the movie theater owners circulated a petition requesting a special election to determine whether the ban on Sunday business should be repealed.

Despite a vigorous campaign, on December 21, 1948, Zion residents voted to retain the "blue laws" by a vote of 1,756 to 1,564. The city council then voted to enforce prohibiting Sunday trade, including the sale and delivery of ice cream, milk, and newspapers. 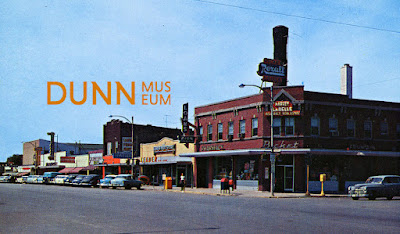 Downtown Zion, circa 1956. Dunn Museum 2000.2.9
William Bicket's drug store (red brick building on right) was permitted to remain open on Sundays to "sell only emergency drugs and ice cream consumed on the premises."

Business owners continued to work toward the repeal, and on April 5, 1949, another vote of Zion residents was taken. This time voters were in favor of the repeal—1,746 to 966, bringing 48 years of blue laws in Zion to an end. 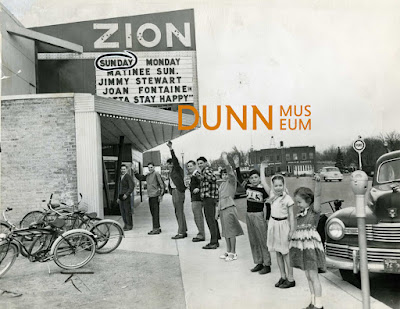 Children standing in line at the Zion Theater. Their arms are in the air celebrating the repeal of the blue laws, allowing movies to be shown on Sundays. Chicago Sun-Times photograph, April 11, 1949. Dunn Museum 2012.10.7

In 1950 and 1951, proponents of the blue laws brought the issue back to voters, who voted against their reinstatement.

In May 1959, the Zion movie theater announced its closing. Onnie Bridges, president of the Zion Theater corporation, stated that "the closing was dictated by his desire to retire rather than failing audiences."

Special thanks to museum volunteer Al Westerman for assisting with this research.


This year marks the 100th anniversary of the sinking of the RMS Titanic. On April 15, 1912, 1,514 lives were lost after the steamer hit an iceberg in the North Atlantic Ocean. 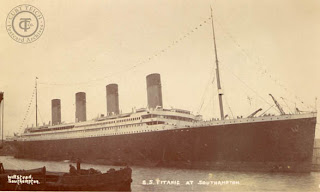 The Titanic remains the most memorialized and talked about maritime disaster. Perhaps this is due to the ship being promoted as "unsinkable" and that it sank on its maiden voyage.

Two men with connections to Lake County perished in the historic sinking—William James Elsbury of Gurnee and Alfred Ossian Gustaffson emigrant to Waukegan.

Unfortunately for both, they were ticketed Third Class passengers. If you were a man in third class you had the least chance of survival.

On 20 November 1911, Elsbury returned to England to assist his younger brother, John, in the settling of their recently deceased father's financial affairs. He was due to return to Gurnee in March of 1912, but on hearing of the Titanic's maiden voyage, decided to buy passage on the new ship.

He boarded the Titanic at Southampton, travelling third class under ticket number 3902, which cost £7 5s (approximately $12). His fate remained in doubt for weeks. 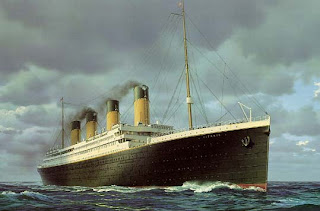 At one point, Elsbury's wife received word that a man had been "picked up in an unconscious condition by the rescue ship, [Carpathia,] and had been placed in a New York hospital." The man's only words were "Lake County, Illinois." It was later determined by the White Star Line (owner's of the Titanic) that the man was not Elsbury. One wonders, however, if this unidentified man had been trying to convey a message about Elsbury.

In early May, the family received final confirmation that Elsbury had not survived. A telegram arrived from New York stating that he was not among the survivors. His body, if recovered, was never identified.

Alfred Ossian Gustafsson, was a 20-year old, native of Finland (Kökar, Åland). His destination was Waukegan, Illinois, which had a thriving Finnish community. Several people with the surname Gustafsson were already living in Waukegan at the time, and it appears that Alfred was immigrating there.

Since relatively little is known about Gustafsson, his story can only be told in terms of other Finnish third class travelers. An article published in Siirtolaisuus - Migration, from January 1998, states that 63 of the Titanic's 2,227 passengers were from Finland. Only twenty of them survived the sinking.

The Titanic's third class rooms were far superior than other ships, mainly because it was a new ship. The third class passengers passed the long hours at sea by eating, sleeping, reading, playing cards, and getting fresh air on the deck. There was a third class general room in the stern with a bar and a piano for passengers' use. 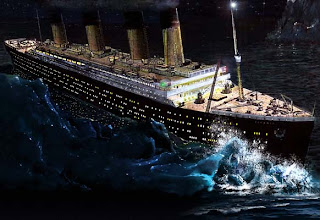 After the ship hit the iceberg about 11:40 p.m. April 14, Finnish third class passenger, John Niskanen, went on deck to see what had happened. When he came back to the third class compartments, he warned his friend, Erik Jussila: "nouse ylös kuolematas katsomaan" (Get up and see your death).

While there was much confusion all around, generally first and second class passengers were urged to the lifeboats on the top deck. The third class passengers were told to wait in their own part of the ship. A combination of locked gates, language problems, lifeboats not filling to capacity and open discrimination resulted in more first class men surviving than third class children. 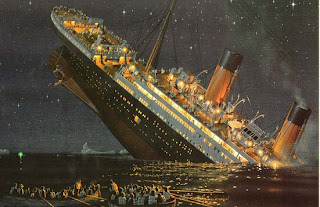 The rescue ship, the RMS Carpathia, arrived about 4:30 a.m., two hours after the Titanic had disappeared into the sea. By 8 a.m., the 712 survivors were on board and the ship went on to New York.

Individual cases were brought against the Oceanic Steam Navigation Company, the parent company of the White Star Line for personal losses of loved ones and property; the verdicts of these are wide and varied. The White Star Line settled out of court and agreed to pay $663,000 total.

The Antioch News reported on January 1, 1913, that Elsbury's widow was attempting to sue for damages, but it is unclear if she received any compensation. Eliza Elsbury is not included on official lists among those who filed claims involving death. However, there is no central archive for the settlements. 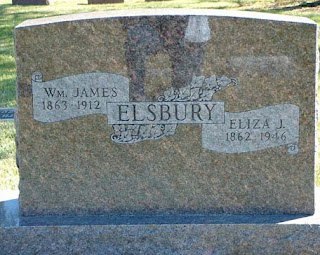 There is a grave marker for James Elsbury at the Warren Cemetery in Gurnee (above), and a memorial near his hometown of Taunton, in County Somerset, England.