The Thanksgiving tradition is about 400 years old. Most experts believe that the first Thanksgiving was celebrated in 1621 at Plymouth, Massachusetts, between the Pilgrims and Native Americans as a three-day Thanksgiving harvest celebration. 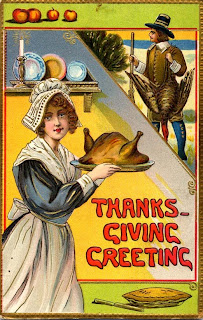 Others have speculated that the settlers of Jamestown, Virginia, celebrated the first Thanksgiving (circa 1607) as their version of England’s ancient harvest festival.

If it had been up to Benjamin Franklin (1706-1790), the turkey would have been our national symbol and not the Bald Eagle. Of course, that doesn't mean they'd be driving automobiles as portrayed in the circa 1908 holiday postcard below, sent to a friend from Miss Stella Bates. 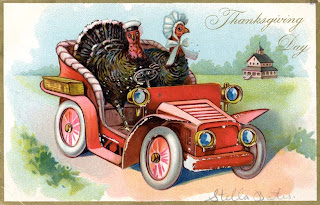 The Brae Burn Farm in Lake Forest operated as a gentleman's farm for Robert Leatherbee, an executive of the Crane Company of Chicago. This circa 1915 photograph shows turkeys on the farm. 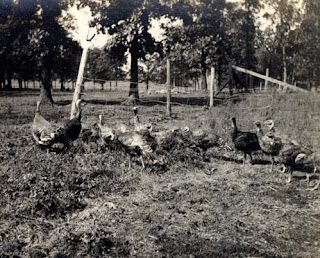 A handwritten poem on the back refers to the origins of the day:

“They built some rude log houses and planted some crops of corn, and then when the harvest was ripened, Thanksgiving Day was born.”


The name Battershall may be familiar to folks in central Lake County, since the Battershalls had general stores in Hainesville and Grayslake.

George Battershall was born in Columbia County, New York in 1837. He came to Lake County with his parents in 1854 by rail to Chicago and then "drove out" in a wagon to Justus Bangs’s residence in Wauconda. (The railways did not extend into Lake County until 1855). Battershall worked for the Marble Nursery grafting trees before settling in Hainesville. 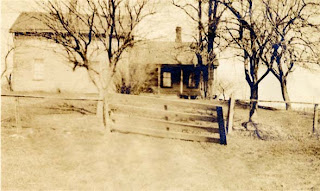 George, and his wife Magdelena, lived in this house along Route 120. A portion of this residence was built by Elijah Haines for his mother Charlotte Haines Bowen, probably in the early 1840s. It was Elijah Haines who platted Hainesville and ensured its incorporation in 1847, making it the first village in Lake County to do so. 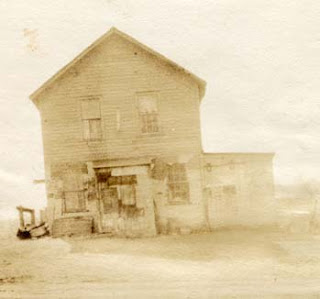 Battershall worked as a farmer, and also operated a general store in Hainesville (shown at right). In 1900, Fay Hamilton, a fourteen-year old boy from Wisconsin worked as a clerk at Battershall's and boarded with the family. 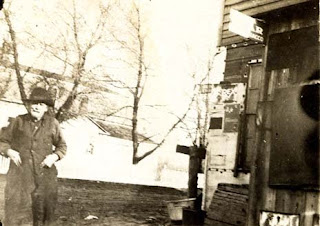 It is believed that George opened his second general store in Grayslake in the 1890s. The bustling Grayslake with its train depot made it a prime location for business. Unlike tiny Hainesville which by the turn of the 20th century was already stagnating. This photo shows George at about 80 years of age, standing in front of his old store in Hainesville. 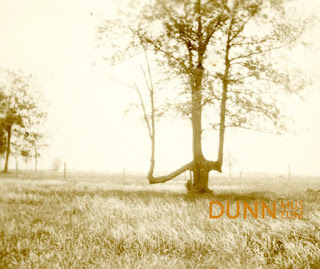 Trail tree photographed by historian Bess Bower Dunn
on Waukegan Road west of North Chicago, circa 1910. Dunn Museum Collection.
Indigenous people have populated this region for thousands of years. As recently as the early 1800s, Potawatomi, Chippewa and Ottawa peoples navigated a vast network of trails by marking those trails with road signs known as trail trees. Also, waterways such as Lake Michigan and the Des Plaines River were used as thoroughfares.

Trail trees were used along Native American foot trails to direct travelers to neighboring villages, hunting grounds, and ceremonial grounds. The unusually shaped trees essentially “pointed” the direction the traveler needed to go. Typically, trail trees were oak or elm since they lived much longer than other types of trees.

Bess Bower Dunn (1877-1959) researched trail trees at the turn of the 20th century, writing: “[They] marked routes or trails… by taking a small sapling, bending it to the ground, fastening it, taking off the lower branches or twisting them around the trunk… so the forests of Lake County… became penetrated with a network of trails… marked by trees." 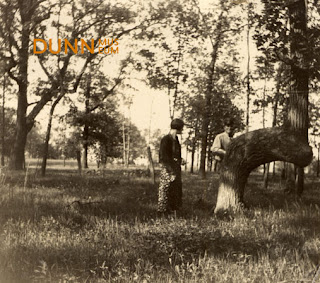 Dunn also noted that "Some of the early settlers recognized these bent trees as landmarks of importance and made an effort to preserve them; others considered them deformed and cut them down.”
Though locals continue to report finding these trees in backyards and woodlands, only two trees in Deerfield and Zion are accepted as the last remaining markers of this early navigation system in. 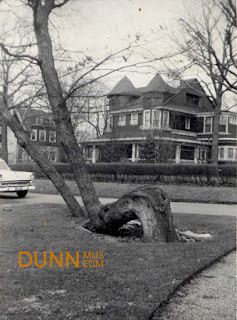 Historian James Getz took this photo on Hazel Avenue in Highland Park, 1957. Dunn Museum Collection.
The United Nation of Potawatomi, Chippewa and Ottawa reluctantly sold their last remaining Great Lakes land to the U.S. Government in the Treaty of Chicago on September 26, 1833. Lake County's current road system is based largely on historic trails now paved over and in some cases straightened. Milwaukee Avenue, Fairfield Road, Greenbay Road, and Belvidere Road are a few of the former trails still in use today.
Posted by D_Dretske at 3:20 PM 9 comments:

Honoring Those Who Serve 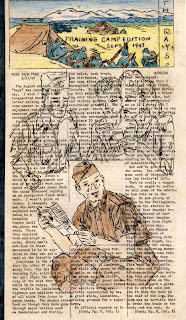 From 1943 to 1946, Lloyd Ray of Diamond Lake, produced a homespun newsletter known as The Rays (cover of the September 1943 edition shown here). The large undertaking gave the community and Ray's close-knit, extended family a venue to keep in touch when so many were so far from home. The newsletter re-printed letters from servicemen and women, and featured news of the area, including wedding announcements. Lloyd's cousin, Fern Ray Gover, created most of the illustrations that brought the newsletter to life.

One of the letters printed in The Rays, was written by Private William "Bill" Whitney: "Someone has got to fight this war, and while I get tired of Army life in the rough, I keep telling myself how important I am to the war effort. I am as important as President Roosevelt or any general. When the history of this war is written, it will be the little guys--yes, the doughboys--that will have done the real fighting. This is why I try to do a good job, regardless of how rugged it gets." Private Whitney was killed in action on June 10, 1944 in France. 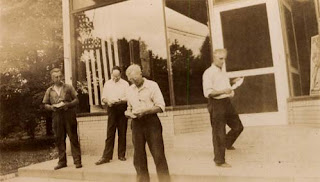 In this photo from 1943, fathers are reading letters from their sons in the service. The caption reads, "The boys in service are not the only ones who like letters." From left to right: Harry Pfannenstill, Malcolm Clendening, Frank Kelroy and Will Ray.

The Rays newsletters are part of the Lake County Discovery Museum's permanent collections, and are available online at the Illinois Digital Archives www.idaillinois.org