Faces of the Civil War 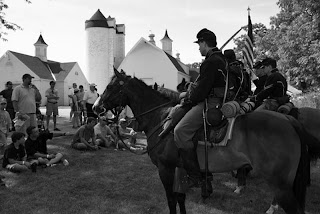 Each year at this time, Lakewood Forest Preserve turns into a battleground. The annual Civil War Days is "fought" over a weekend and includes hundreds of re-enactors, sutlers, storytellers, musicians, and even an Abraham Lincoln or two. Photo of re-enactors meeting the public at Civil War Days by Chip Williams.

The media attention surrounding the largest Civil War re-enactment in Illinois, generally increases the interest in Lake County's role in the War Between the States. Researchers from the public and the press contact the archives about the museum's excellent Civil War Collection, which includes muster rolls, letters, photographs, and bound volumes. 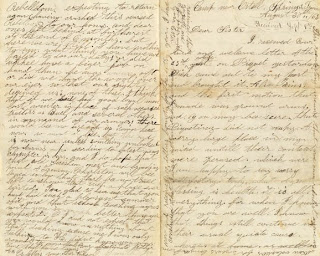 This letter from the museum's Minto Collection, was written by George Smith of Millburn while a soldier with the 96th Illinois Regiment. It was sent to his sister, Susannah in Millburn from "Camp near Estell Springs, Tenn." on August 30, 1863. 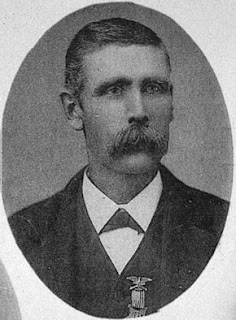 George let his sister know that her letter had arrived while he was on "Piquet." Picket duty was an advance outpost or guard that watched for enemy movement. This duty was the most hazardous work of infantrymen in the field. Many picket guards were targets of snipers. This portrait of George was included in the regiment's history published in 1887.

According to State of Illinois records, 1,890 men served from Lake County, but Elijah Haines, a noted Lake County historian, documented over 2,000. The majority enlisted with the 96th Illinois Infantry Regiment, made up of companies from Lake and Jo Daviess Counties. 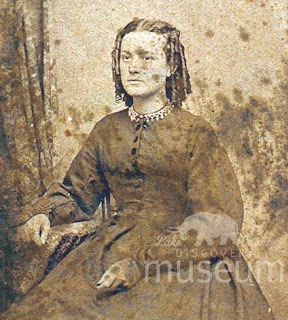 Susannah "Susie" Smith, was a great letter writer to her brother and his comrades. It was commonly felt that the folks back home should correspond regularly with the soldiers to keep their spirits high. This photo of Susie was taken circa 1865. It was donated to the museum along with other photos, letters and diaries by Susie's granddaughters, Katherine Minto and Lura Minto Johaningsmeir. 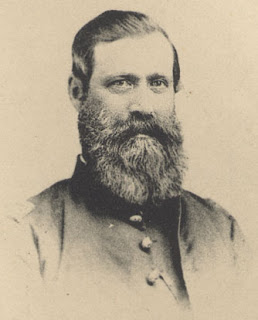 Many local recruits credited John K. Pollock for their enlistment. Pollock was a farmer of standing in the Antioch/Millburn area. He was elected captian by the men of the 96th, which explains why he was walking around the countryside looking for recruits. 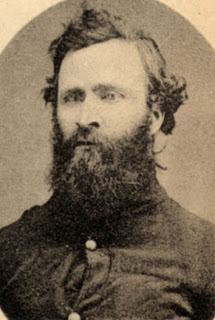 Edward Murray of Newport Township described his enlistment into the 96th as follows: “I was in the harvest field working when a Mr. Pollock came to me and wanted to know if I would enlist…. After some conversation, I did…. On the appointed day we met in Searle’s hall [Waukegan]. After the signing of the roll call, we became soldiers. There were about 100 of us… I now realized that I was a soldier and could not come home without a permit. Accordingly, I was permitted to come home and finish up my harvesting.”


About 10% of Lake County's enlisted men did not survive the war. However, all the soldiers mentioned in this post did.
Posted by D_Dretske at 9:55 AM