rifle range. This Guard training facility operated from 1892 to 1974 in what is now the . 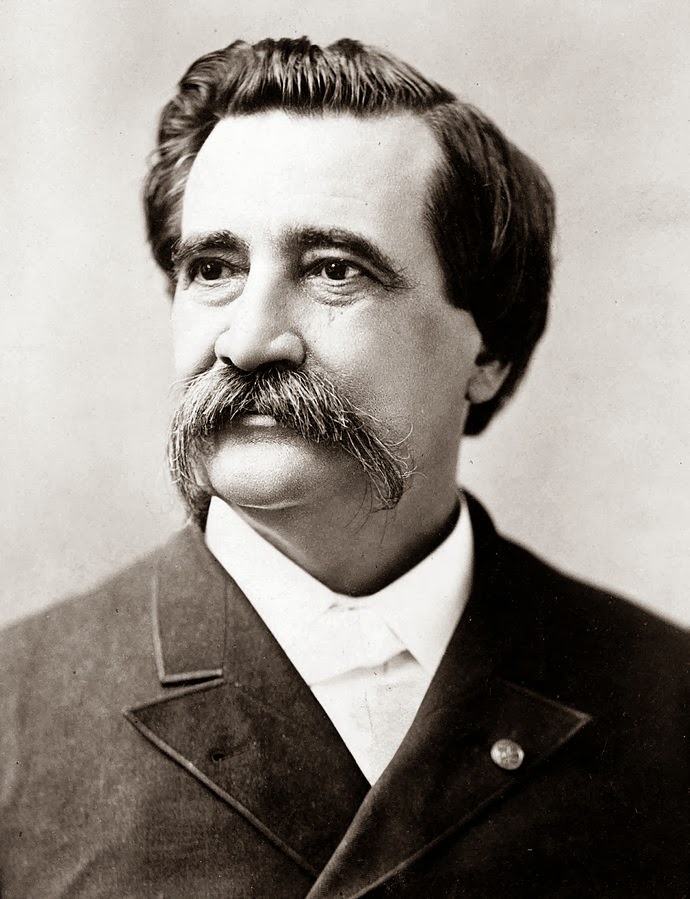 The camp was named for General John Alexander Logan, a politician who raised and commanded the 31st Illinois Volunteer Regiment from southern in 1861.

The camp was located east of Sheridan Road and adjacent to the Chicago & Northwestern Railroad line. It was purchased by the state legislature in 1892 to facilitate National Guard training in the region. 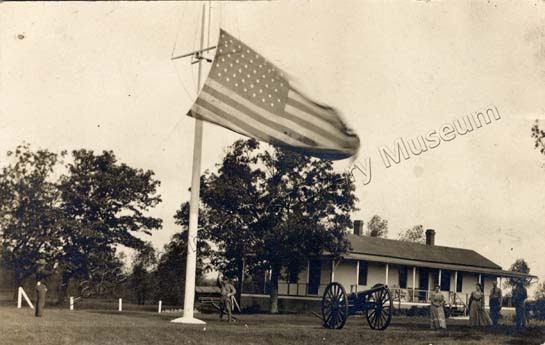 By 1900, the camp was well established and included a headquarters office, four regimental barracks, range office, mess hall, kitchen and arsenal. From an early date, regular Army marksmen from preferred the rifle range at over their own facilities. Naval Militia from the Naval Training Center Great Lakes also utilized this facility. 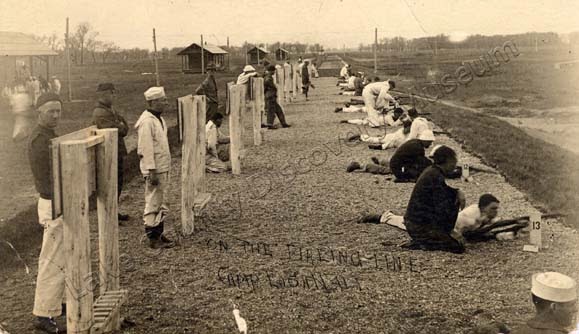 Before World War I, the Illinois National Guard put great emphasis on rifle marksmanship. It was one of the few Guard activities that was judged by strict Army regulations.

Training at the camp included handling of small weapons, tactical maneuvers, and rifle marksmanship. Soldiers performed a variety of marksmanship scenarios on targets located from 100 to 1,000 yards oriented toward . In 1902, over 6,000 soldiers attended the camp and expended over 640,000 rounds of ammunition.

Two key innovations were incorporated into the Camp Logan range, the echelon target system and Aiken targets. For more on the inventor of the Aiken targets, see my post on Illinois National Guardsman, Robert Aiken. 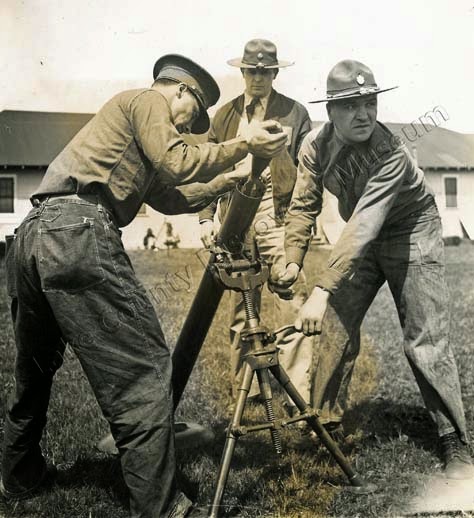 From 1933 to 1937, Colonel George Marshall was assigned as the senior instructor at the camp. would become U.S. Secretary of State in 1947 and thereafter develop the Marshall Plan for the economic recovery of after World War II.

After World War II, training became more restrictive due to the development of more powerful weapons and the increasing civilian population around the camp. The camp’s use dwindled until it was closed in 1974. 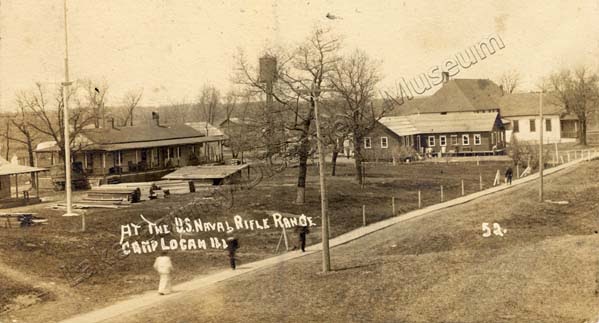 In 2000, the 243-acre Camp Logan National Guard Rifle Range Historic District, including the remaining 1890s - 1950s buildings and landscape structures were listed on the National Register of Historic Places. was placed on the list because of its status as the best remaining example of a pre-World War II National Guard training facility in and the role it played in the evolution of the Illinois National Guard. 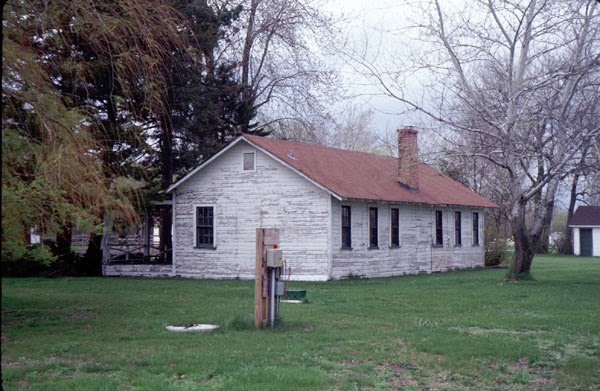 One of the remaining structures at the Camp Logan National Guard Rifle Range Historic District.
Photo courtesy of the Illinois Department of Natural Resources.

Posted by Diana Dretske at 9:01 AM No comments:

2014 marks the 100th anniversary of the extinction of the passenger pigeon. This bird once numbered in the billions in North America, but in a matter of decades market and recreational hunting drove the bird to extinction.

The first non-native settlers to Lake County in the mid-1830s found an abundance of wild game, including quail and passenger pigeons. Thousands of pigeons roosted in the county’s oak trees, eating acorns.

Remembrances of those early days were documented by students across Lake County, who in 1918 asked their elders for their memories of the passenger pigeons: In Newport Township, "Wild pigeons... flew in flocks of hundreds and helped furnish the pantry with delicious meat." 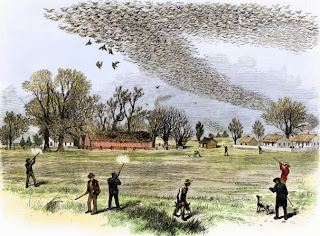 A woodblock engraving of passenger pigeons
in flight in Louisiana. From "The Illustrated Shooting
and Dramatic News,"  July 3, 1875

In Ela Township, "There used to be a great many wild pigeons, but they were all shot. They flew in flocks that darkened the sun." 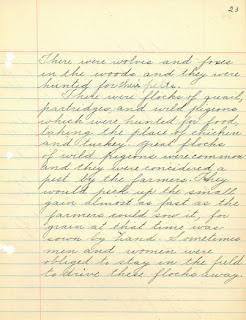 In Wauconda Township, "There were flocks of quail, partridges and wild pigeons which were hunted for food, taking the place of chicken and turkey.  Great flocks of wild pigeons were common and they were considered a pest by the farmers.  They would pick up to small grain almost as fast as the farmers could sow it, for grain at that time was sown by hand.  Sometimes men and women were obliged to stay in the field to drive these flocks away."

From 1860 to 1880 there was a catastrophic decline in the passenger pigeons' numbers.

Telegraph lines and railroads made it possible to share the location of passenger pigeon roosts with a nation-wide audience, including professional hunters. The market hunters, as they were called, brought their shot birds (by the tens of thousands) to major cities in order to sell their feathers and breast meat.

There were also venues that specialized in pigeon shoots. The best known was Dexter Park, on the south side of . One match in 1877 involved the shooting of 5,000 passenger pigeons. Another match was visited by General Philip Sheridan (Fort Sheridan's namesake).
Henry Kelso Coale, circa 1920
Library of Congress.

In 1879, Henry Kelso Coale (1858 - 1926) of Highland Park, an amateur ornithologist and bird collector, "took specimens" of the pigeons. At the time, the bird's demise was already being talked about by conservationists, but Coale had found them breeding in the woods along the Des Plaines River, west of Lake Forest, and shot several for his collection. (In 1936, the Field Museum in Chicago acquired a great portion of Coale's collection).

In northern , the species was deemed to be abundant up to 1882. The last passenger pigeon in Lake County was recorded by John Farwell Ferry on August 7, 1895 in Lake Forest.

In 1912, Coale wrote that Lake County was "one of the most favored spots in Illinois for the study of birds," because of the variety. He also noted that the passenger pigeons were "formerly an abundant summer resident but now practically extinct." In fact, they would be extinct two years later. 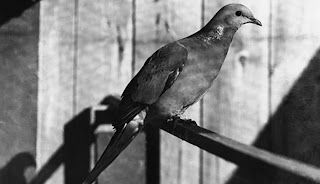 "The Passenger Pigeon's Flight to Extinction" exhibition explores connections between the human world and looks at some of the work being done to help prevent similar extinctions from occurring. Lake County Discovery Museum through February 2, 2014.

Author and passenger pigeon expert, Joel Greenberg, will speak about the bird's demise and explain how the story of the passenger pigeon is a cautionary tale. The presentation will be based on Greenberg's new book, "Feathered River Across the Sky."  Greenbelt Cultural Center, Thursday, February 20, 2014, 7 - 8:30 p.m. Registration and payment required: Register online or telephone 847-968-3321.