It’s the holidays and that means lots of folks are baking sweets for family and friends. But will you use butter or margarine in your recipes?

Until the late 19th century, that wasn't an option. Due to food shortages in Europe, particularly of edible fats, the need for a butter substitute prompted the development of margarine. By 1869, Hippolyte Mège-Mouriès, a French scientist and inventor, developed a complex process using beef fat to create a palatable butter substitute.

From the start, margarine caused a great deal of suspicion and was subject to regulation.

In the 1880s and 1890s, most states, including Wisconsin, passed legislation prohibiting the manufacture and sale of margarine. Despite regulations, the inconsistent quality of butter available gave margarine a foothold with consumers. In 1902, Senator Joseph Quarles of Kenosha addressed the U.S. Senate, stating: “Things have come to a strange pass when the steer competes with the cow as a butter maker.” The senator was of course, referring to the use of animal fat obtained from slaughter houses to make margarine. 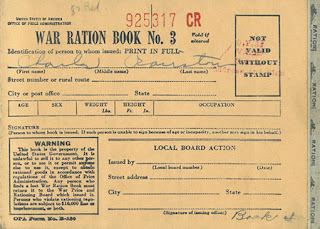 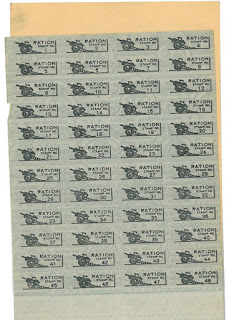 By the end of the war, margarine was a familiar sight on American dinner tables, and it had lost much of its stigma. 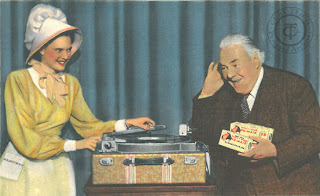 By the 1950s, every state, except Wisconsin, repealed its ban on colored margarine. (yellow coloring was added to margarine to make it more pleasing, and more butter-like to consumers). So, it became a feature of Wisconsin life to “smuggle” margarine into the state.

Stores and gas stations along the Illinois-Wisconsin border advertised Oleo and kept large inventories of the product to accommodate the Wisconsin demand. 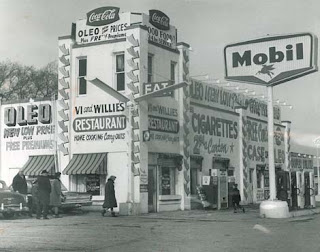 Photo taken in January 1966 of a store run by William Dooper on Route 41 and Route 173 in Lake County, Illinois. Gas stations near the State Line catered to Wisconsin residents who made the trip to Illinois just to buy Oleo margarine. The gas stations made more money selling margarine than they did selling gas. (photo from private collection)

In the 1960s, it was estimated that some service stations near the state line sold as much as a ton of margarine per week to Wisconsin customers.

In the end, public preference for margarine, the impossibility of enforcing the law, and the loss of revenue led Wisconsin to repealing its anti-margarine laws. In 1967, for the first time since 1895, Wisconsin residents could buy margarine legally to make those special holiday recipes.

To quote Julia Child, who famously championed butter when it was so very out of fashion: "If you're afraid of butter, as many people are nowadays, just put in cream!"