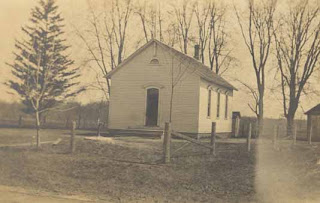 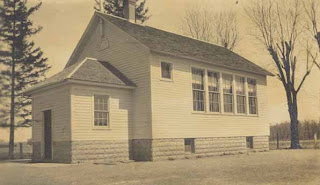 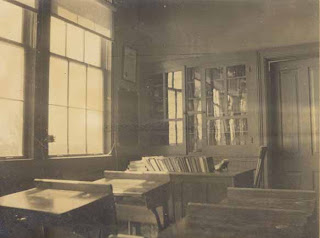 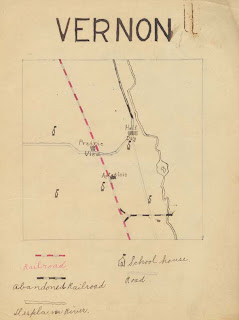 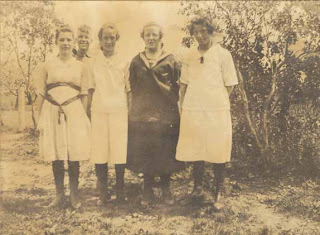 This morning I am pleased to have discovered your information. What a relief the old school house escaped fire practice! Having done research about the Potawatomi and one of their leaders, APTAKISIC, I was gratified to read his name had been used in: "The Tripp School continued until 1957 when it was consolidated into Aptakisic-Tripp Elementary School District 102."
Good for your town to save this structure! We plan to visit soon.
I just wish you had a picture of the house move, as I had to find one on another site. Susan Estall

Thank you for the above information. I am intrested in the tripp School also. Could you give me any information, if anyone from the village of wheeling area attended this school? Milwaukee Ave & Dundee Area. Any other information would be helpful.
Bill Hein
Wheeling Historical Society

Dear Friends: What a treasure to see interest in the preservation of historical educational sites and experiences.
My two Brothers attended Tripp School. Before the Aptakisic Trip School was built the church/ home then school on the corner was built. Students had two rooms up stairs and down stairs. Four classes to each. The Bell rang and we all went in side or recess announced. Halloween parades occurred to the general store by the rail road.
My Brother Donald Diggs played the piano for their class one of the last classes to attend there with so much pride.
At both of these older and multi schoolrooms many a leaders, Senators, Congressmen, Solar people, Construction, teachers, Doctors and medical staff as well as Veterans came from this experience.
When the new Aptakisic-Tripp School was built the communities had exploded in population from the WWII families and immigrants. The farms had migratory families that worked seasonal, many came and stayed after getting their Visa.
Also these schools and surrounding were the protective community and educators for some of the families and /or their offspring brought to the USA from the concentration camps of Hitler. Yes, some were from Schindler's List.
Proudly my Sisters and Brother's all graduated and went on to make a difference for others with their work and families. Like so many others, the Diploma was earned and received with great pride. So too the High Schools they later went on to and other advanced College Experiences. The land for Aptakisic-Tripp was provided by a farming family also. Teachers had large classes. Students cried their first day of school, their last and Graduation.
The education we received among the best of this nation from magnificent teachers, School Board, and families who paid the taxes to provide a wonderful public education. Thank you for sharing this history from the Archives and may the little school houses be protected from encroachment of the horrendous population growth we are experiencing.
Education an honor and gift not something to take for granite. Sharon Marie Diggs Walker

I went to Aptakisic Tripp in 1959. I had three other siblings that attended as well I remember very well my first grade teacher Miss gomberg and my second grade teacher mrs. Weidner do you have any photos of the school then and maybe these teachers

I recently purchased the property located at 1700 Estonian Ln Buffalo Grove. Located at the NE corner of Milwaukee Ave and Estonian Ln. I located an old foundation at the southwest portion of the property. After doing some research I realized that this was the original site of the Aptakisic Tripp School. The old school house had been slated to be burned down for fire practice. Thanks to owners of the Wheeling Sale Barn for saving it! I spoke with Phil Spinuzza who originally paid to move it and create a new home for the School house. It was relocated to The Wheeling Sale Barn at 971 N Milwaukee Ave. In Wheeling, approximately 1.5 miles south of its original location. Phil tells me he’s reached out to local municipalities, LCFP and to anyone who could help preserve this extremely rare historical structure. Unfortunately he has had no success. Phil’s research says it dates back to 1835, One of the 1st School houses in Illinois and maybe the oldest to still be in existence. Phil is looking to retire and sell The Sale Barn. None of the developers interested in the property have any interest in saving this extraordinary piece of history. Both Phil and I would like to bring the Old School back to its original location and create a permanent home. Anyone having pictures, historical information or any ideas we look forward to hearing for you. jim@mulchenter.com Jim Seckelmann / Phil Spinuzza.