In 1928, the Daughters of the American Revolution designated two Revolutionary War veterans buried in Lake County–Henry Collins and Reuben Hill.


The American Revolutionary War (1775 – 1783) was the culmination of a political revolution in which the thirteen united former British colonies rejected the right of Great Britain’s Parliament to govern them and formed a Continental Army to fight for independence.

Henry Collins (1763 – 1847) was born in Southborough, Worcester County, Massachusetts. He enlisted from Southborough on March 3, 1781, at the age of 16 years and 10 months, when a levy was placed on the town to supply a number of men for the army. 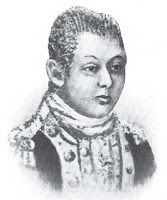 Portrait of Ebenezer Sproat (aka Sprout), from "History of the Town of Middleboro, Massachusetts," by Thomas Weston, 1906.

Henry Collins served his two year enlistment in the same regiment, and was discharged at West Point in December 1783 at the end of the war. Collins' discharge was signed by General Henry Knox.

After the war, Collins lived in Massachusetts, New Hampshire, New York, and Canada. In 1832, he returned from Canada to Vermont where he applied for a war pension. He was placed on the pension rolls of Vermont at the rate of $80 per year.

In 1844, Collins moved to Lake County, Illinois with his son Joseph H. Collins. They settled on land in Newport Township along Edwards Road east of Hunt Club Road. 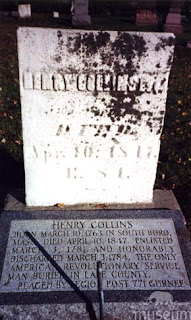 On April 10, 1847, Henry Collins died and became the first burial at Mount Rest Cemetery. The cemetery is located just south of the State Line on the Skokie Road. His son Joseph left Lake County in 1855 and re-settled in Iowa.

In 1964, the American Legion Post of Gurnee added a new marker to his grave which mistakenly stated that Collins was the “only American Revolutionary Service Man buried in Lake County.”

Reuben Hill (1765 - 1858) was born in Goshen, Connecticut. While living in New York State, he enlisted in the fall of 1780, at the age of fifteen, with Captain Shaw’s Company. He enlisted twice more with different companies and was discharged as a private on January 1, 1783. In 1834, he successfully applied for a military pension. 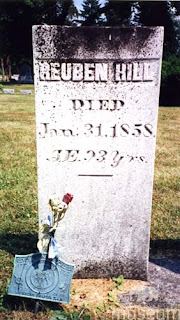 About 1840, Reuben's son, Seth Hill, purchased property in Wauconda Township, Lake County. It is probable that the entire family, including Reuben and his wife Patience, came west at that time. In the 1850 census, Reuben and Patience, both aged 85, are living with their son's family. The family farm was in Section 25, along Route 176, south of Bangs Lake.

The Hills are buried at the Wauconda Cemetery.

I came across one more mention of a Revolutionary War veteran. The Biddlecome School History (Newport Township), written in 1918 by students, lists Oded Eddy as a veteran having "served seven years" in the war. However, Oded never lived in Lake County.

Oded Eddy (senior) was the grandfather of Newport Township settler, road commissioner, and Biddlecome School director, Elijah Eddy (1821-1902). I believe the children mentioned Oded on their list of veterans, simply because of the connection to their school's former director.

Great Article, thank you for posting! Philip Brand was my Great Grand-father and I had never seen the 'older' photograph of him anywhere. So, thanks!

It's possible that you may have Oded Jr. confused with Oded Sr. Oded Sr. was a lieutenant in the Continental Army and his son was a private. Oded Sr. died in Taunton, MA and Oded, Jr., a minister in the church in Deerfield, died there in 1825.

It was good to see that the gravestone of Reuben Hill, my gr, gr, gr, gr,gr, grandfather is so well preserved. Thank you.